Release My Brother From Jail for Having a Mental Health Disorder

Since June of 2021, my brother, Alexander T, has been incarcerated at the Sonoma County Jail and consistently denied access to a mental health facility.

What began as a mental health crisis and call for help has turned into a nightmare of imprisonment that has further traumatized Alexander physically, mentally, and emotionally.

I am urging anyone who reads this story to sign the petition, share, and speak out to help my brother be transferred immediately to a mental health facility where he can receive the attention and medical care he so desperately needs and deserves.

Before being unjustly imprisoned, Alexander was at our local Crisis Stabilization Unit, awaiting a longterm bed at a mental health center. After a moment of panic between him and a staff member regarding medication, they decided to send him to the local jail. He continues to be held as a prisoner and has been consistently denied transfer to any California facility.

Want to donate to help Alec rebuild once he is released? You can send resources here. Have a legal contact or assistance you’d like to offer, email us here.

Read the full abbreviated story below of how Alec was Incarcerated for having a mental illness and continues to be detained to this day:

While finding the courage to finally share his story after 3 months, a video I shared (linked below) went viral with over 1.6 million views and support from people all over the world.

Before being unjustly imprisoned, Alexander was at our local Crisis Stabilization Unit, awaiting a longterm bed at a mental health center. After a moment of panic between him and a staff member regarding medication, they decided to send him to the local jail. Even though we have all been assured there are no charges pressed, he continues to be held as a prisoner and has been consistently denied transfer to any California facility.

As a result of this experience, he needs essential care now more than ever. He needs to heal, to be met with empathy, and to be able to receive treatment, therapy and medication in a qualified facility where he can also have access to the outdoors for more than 1 hour a day, proper meals and nutrition, and the ability to connect with his friends and family to support him through this.

Alexander is one of the most kind, empathetic, smart and talented people I know and he deserves so much better than what Sonoma County or the entire mental health system has provided him.

Here is an abbreviated background on how this happened:

Having a history of bipolar disorder, my brother experienced a mental health crisis and was brought to our city’s local Mental Health Crisis Stabilization Unit (CSU), a temporary transitional mental health unit. Awaiting a bed at a proper behavioral health center, he was eventually transferred to San Jose. However, within 48 hours, he was rejected and driven back to CSU because he they were not able to administer the medication he needed.

Upon returning to CSU, there was an altercation, and the workers at CSU called the police and had my brother arrested. Instead of addressing the crisis in-house and acknowledging the trauma of his experience, or seeking proper placement, he was criminalized and has been punished in jail for months. Even though we have been assured by all legal entities that there are no pressed charges against him, he is now in jail instead of in a mental health facility.

We have not been able to obtain a lawyer and while we had a momentarily lead with disability services, nobody is willing to provide any services, support, or legal attention and no center or hospital has offered him placement.

Assigned to his case is a public defender, and previously, a social worker, and someone who oversees temporary conservatorship. None of the three departments have expedited his case or found placement for him.

Recently, the Sonoma County Behavioral Health Center held a court hearing where they dropped Alexander from their care and are no longer seeking transfer or placement for him. Their reasoning was along the lines of no hospital they had requested placement at being willing to accept him anytime soon.

Since he is no longer under a temporary conservatorship by Sonoma County Behavioral Health, awaiting placement, he is now awaiting enrollment in the “competency” program, an archaic ruling that requires inmates learn about how to stand trial so that they can be held responsible for any crime committed, regardless of mental health status or mental health needs.

We are at a heartbreaking standstill. We need a lawyer. We need him to be transferred and received immediately into an adequate care facility. And we need the United States Mental Health System to stop treating our loved ones experiencing a startling mental health crisis as criminals.

If we had private healthcare and tens of thousands of dollars, we might have been able to pay for his spot at a medical and mental health facility by now or taken advantage of the possibility of bail, however, no such offer is available.

Throughout this process, he has been physically, mentally and emotionally traumatized. He has been given different medications and has dealt with the physical and emotional effects of these new and altered medications (which can take weeks to adjust to before knowing whether they are effective or not).

Alexander and my family and I are overwhelmed, heartbroken, and feeling hopeless. Nonetheless, our mom has never given up, shows up at every court hearing, continues to follow up with every case worker, and signs up to see him regularly at every chance (even though due to Covid he could not accept visitors for the first month).

A personal video shared recently has garnered the attention and support of over 1.6 million people and counting.

Thank you for your time, care, and attention in helping to free my brother, Alexander, from jail and get him transferred to a health facility where he can receive the care, empathy, love, outdoor time, family time, and healing he needs.

To read more about the thousands of people jailed with a mental health disorder annually, you can see the data provided by NAMI, the National Alliance on Mental Illness:

About 2 million times each year, people with serious mental illness are booked into jails.

About 2 in 5 people who are incarcerated have a history of mental illness (37% in state and federal prisons and 44% held in local jails).

66% of women in prison reported having a history of mental illness, almost twice the percentage of men in prison.

Nearly one in four people shot and killed by police officers between 2015 and 2020 had a mental health condition.

Suicide is the leading cause of death for people held in local jails.

An estimated 4,000 people with serious mental illness are held in solitary confinement inside U.S. prisons.

70% of youth in the juvenile justice system have a diagnosable mental health condition.

Youth in detention are 10 times more likely to suffer from psychosis than youth in the community.

About 50,000 veterans are held in local jails — 55% report experiencing a mental illness.

Among incarcerated people with a mental health condition, non-white individuals are more likely to go to solitary confinement, be injured, and stay longer in jail.

About 3 in 5 people (63%) with a history of mental illness do not receive mental health treatment while incarcerated in state and federal prisons.

Less than half of people (45%) with a history of mental illness receive mental health treatment while held in local jails.

People who have healthcare coverage upon release from incarceration are more likely to engage in services that reduce recidivism. 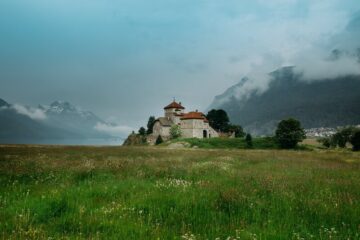 Today, I want to talk about surrender.  It is, by far, one of the most important lessons that I have come to learn and one that took the longest.  In surrendering to life, addiction, and Read more…